The History of Firearm Ammunition

Modern firearm ammunition in the familiar cartridge format is a relatively recent development, though firearms have been commonly used for centuries – ever since the development of gunpowder in approximately 900 A.D. Often credited to Chinese inventors, gunpowder may have originated in China, Turkey or Europe, but it quickly spread as its use became popular in firecrackers and, soon after, early firearms like cannons.

The Evolution of Ammunition 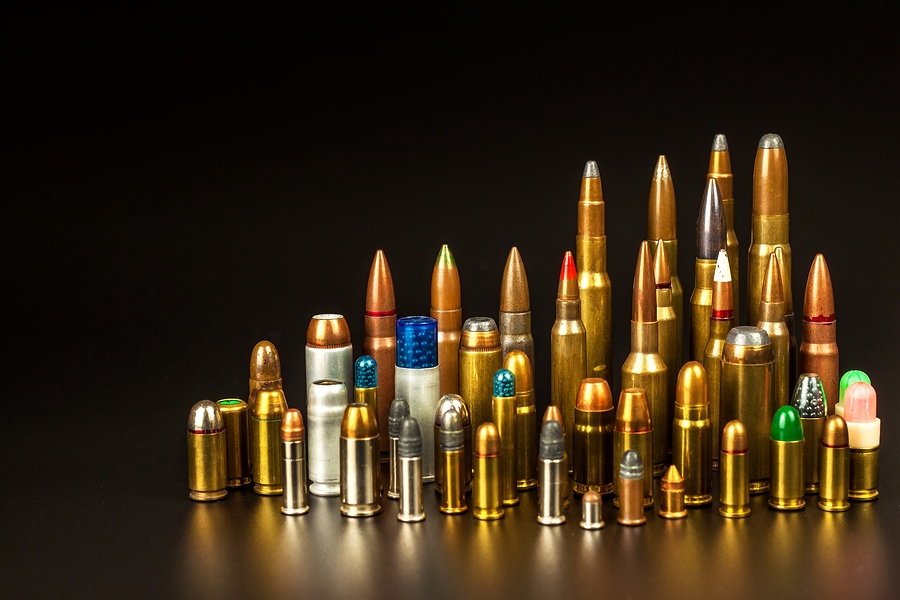 Crude cannons were the first types of firearms, and they used a variety of projectiles as ammunition, from rocks and random metal debris to manufactured cannonballs made from stone and, eventually, lead and other metals. The first cannons appeared in Europe around 1327, with metal cannonballs being introduced around 1425.

As the use of gunpowder was combined with more compact firearm designs and more reliable ignition systems, matchlock and flintlock muskets were introduced in the 1500s and 1600s that used spherical or ball-shaped ammunition, loaded through the muzzle of the rifle. Made from stone or lead, ball ammunition lacked accuracy, though it improved significantly with the development of rifled barrels.

Perhaps one of the most significant advances in ammunition came with the introduction of conical bullets around 1830 by Henri-Gustave Delvigne, an officer in the French infantry. Combined with progressive rifling, conical bullets offer greatly improved accuracy and range. The design continued to evolve, culminating in the introduction of the Minié ball by French Army Captain Claude-Étienne Minié in 1847. In 1855, a version of the Minié ball designed by U.S. Armory machinist James Burton was introduced, which saw significant use shortly thereafter during the U.S. Civil War.

Paper cartridges have been used in firearms since the 1800s or earlier, providing a seal that directs more of the hot gases from the gunpowder ignition towards the muzzle, increasing the power and range of the bullet. Modern integrated metal cartridges that combine the bullet, primer and cartridge were introduced in 1808 by Swiss gunsmith Jean Samuel, but they did not gain widespread use until 1864 with the introduction of the Sharps rifle and 1870 with the widespread issuing of the Smith & Wesson revolver to cavalry troops during the Civil War. Today’s ammunition has not changed dramatically from the first integrated metallic cartridges, though we now enjoy a far greater variety of sizes and types.

Want to learn more about the types of ammunition available today? Stop by Las Vegas Shooting Center to practice shooting with a variety of firearms and their different ammunition. We offer a 12-lane shooting range where you can fire anything from a .22 handgun to the powerful Barret 50 BMG rifle. We offer complete shooting packages that let you experience a wide range of firearms with the guidance of experienced professionals. Contact us at 702-778-5872 to schedule your ultimate shooting experience!