How Visiting an Indoor Shooting Range Can Relieve Stress

Stress: the real buzzkill. These days it’s at an all time high, with election year upon us, places being closed, hiking trails and lakes overflowing with visitors just trying to get out of the house. Even TV shows and movie production being stopped to help rid the world of a virus. Granted, there are some things still available to do, while keeping safe. Parks, casinos, movie theaters playing the oldies but goodies, and the chance to dust off those old board games with family and see who does not get to pass go and collect $200.

Sure, a date night at a drive in to see a movie from 1979 is still a solid idea, or maybe playing games with friends and family, but those only last as long as they can. So, why not do something that can last a lifetime even if spending 30 minutes doing so, like target shooting at an indoor shooting range? Nothing compares to practicing that trigger squeeze and watching that grouping get smaller and smaller with every shot. The “BANG” of the round finally escaping the barrel, the smell of gun powder and the sound of the round hitting steel at the end of the range is enough to make even the most hardened man shed a tear. 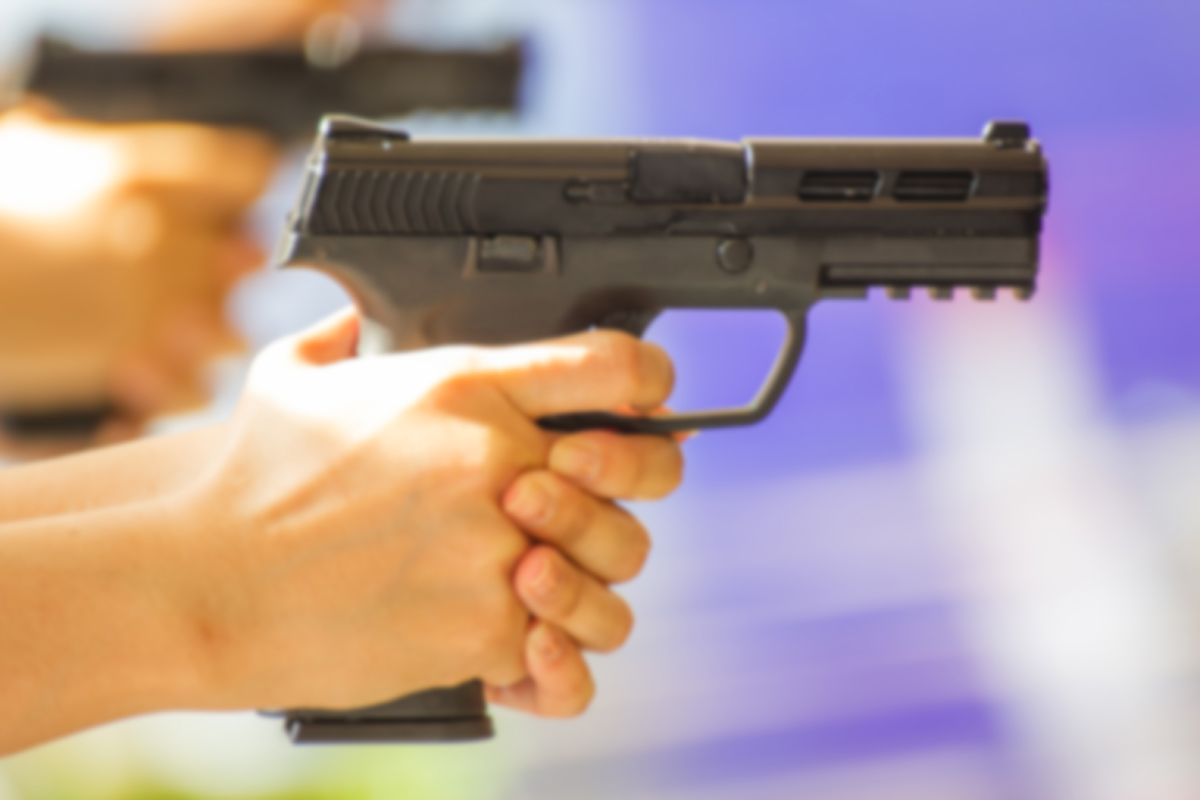 Shootingrangeindustries.com stated the idea that shooting is 90% mental, which it is. 10% is the physical part of actually holding the firearm up to the line of sight, and trigger squeeze. This means that there is a lot going on inside the mind of experienced and inexperienced shooters. If you’re a newbie, do not get discouraged; new shooters are usually surprisingly good shots. This is because experienced shooters are used to the recoil of their own firearms, so they tend not to worry about that; they pay more attention to the sight picture and the sights of the firearm instead of their grip, stance and aiming convention.

Granted, all firearms have recoil, there is no way around it. Nearly every shooting instructor will flat out say, “just let the recoil happen, focus on the fundamentals.” This is because there are some things with shooting that simply cannot be controlled, so it’s best to not overthink it and just let the firearm do its thing. Or, in other words, just focus on that mental side of it, and do not worry about that 10% unless the grip or sight picture is off, in which case the shooting instructor or range safety officer will correct it.

As stated above, do not get discouraged if the shot grouping looks like someone sneezed bullets all over it; shooting is a lot like playing the piano – it’s exceedingly difficult to learn the song in one day. So, practice as much as possible to get the right grouping. Once a shooter has it down to their style and they are on target, that’s when the confidence boost comes into play. It feels good to shoot, but it feels better to shoot accurately. Sure, it is fun to burn 30 rounds out of an AK-47, but making all 30 of those rounds hit dead center of a target is much more satisfying.

Think of a movie where there is a scene with intense shooting. John Wick, The Crow, Fury, there are a lot, but think of how the characters just seem to walk off like nothing happened. That is mostly false unless they are highly trained. This is because shooting boosts adrenalin. From a 22-long rifle to the monster .50 caliber, hearing that “boom” can send shivers down the spine in an awesome wave. There are even stories of cross-country runners shooting rifles before a race to get them amped up and ready to run 12 miles. So, bear in mind that if it’s the first time and some stress clearing is in order, that adrenalin rush is most likely going to happen, just in a good way.

Visit Our Indoor Shooting Range for Some Brass Therapy

With any kind of shooting, safety is paramount. If it’s just to experience something new or just to clear some stress, or even just to see if it truly is like riding a bike, be sure to be safe. We at Las Vegas Shooting Center can help in every aspect of that. Our range safety officers are all highly trained to help maintain safety, fun and adrenalin inducing waves. Contact us at 702-778-5872 to book your time at our indoor shooting range.