Inspiration Behind the Firearms of The Mandalorian 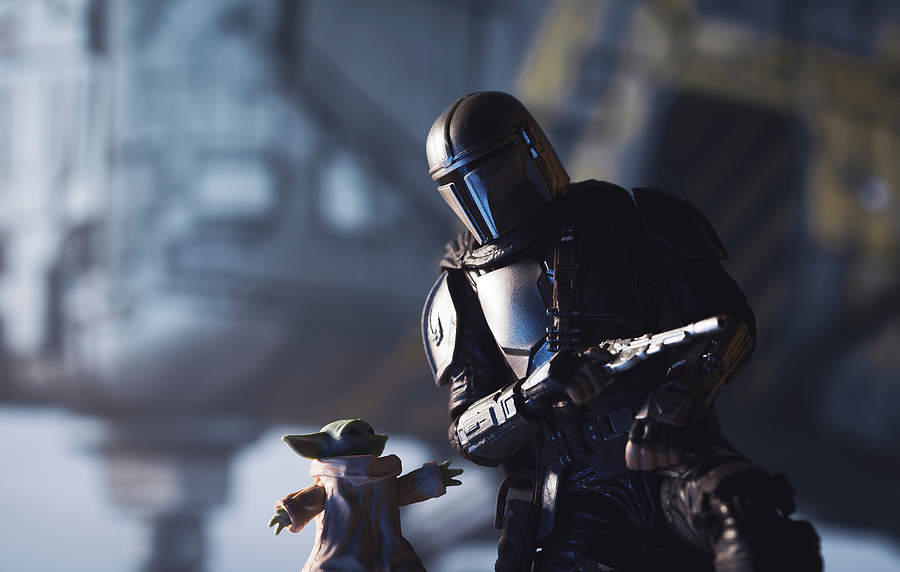 Some of the most famous lines to be echoed in firearm stores across the nation, “weapons are my religion,” and “this is the way” come from the massively popular show, The Mandalorian. Warrior turned mercenary, Din Djarin, or commonly known simply as, the Mandalorian, uses a wide variety of laser pistols, rifles and cannons, never a lightsaber though, not yet at least. Interestingly enough, some of the firearms he uses are real-life pistols and rifles that have been dressed up to look futuristic. Here are just a few of the more common ones:

The “BlasTech IB-94”, Djarin’s sidearm of choice, is based off the extremely rare Bergmann 1894 pistol. The Bergmann is of German design and created by Louis Schmeisser in the late 19th century. These delayed blowback pistols were available in multiple calibers, sadly not available in BlasTech Fusion rounds.

Even the famed company STI got involved by lending their STI Perfect 10 pistol for the show, in which several other Mandalorians use these massive firearms to aid Djarin in some of the earlier episodes. Known in the show as the “WESTAR-35” these firearms are chambered in the massive 10mm round, making them essentially blaster pistols already.

Moving on to the more recognizable firearms, the Ruger MKII target pistol is seen in the hands of some of the guild bounty hunters, and in the hands of Bill Burr’s character, Migs Mayfield, in the show they have been named the “Rodian DT-12” and only slightly modified to look futuristic.

As for “the Mando’s” rifle, built off an AKM receiver, the Amban Sniper Rifle is completely handmade just for the show. Every part on it molded and manufactured for the Mandalorian’s primary use, sadly because of the build of the rifle, its not available unless in a galaxy far, far away.

One other firearm used is known in the show as the “E-11D Blaster Carbine”, which is based off the Sterling SMG. Yet another rare firearm to begin with, this SMG was made and used primarily during WWII and yet because of its unique design, used in several futuristic movies and video games, not just in the Star Wars universe.

Because of the rarity of some of the designs and the builds, and the fact that we have yet to perfect our hyper drivers on our Honda Civics, trying these firearms out would be an impossible feat. That does not mean that there are not famous or strange firearms out there. Las Vegas Shooting Center is home to some of the stranger and downright crazy firearms that even “The Mando” would appreciate. Contact us at 702-778-5872 to book your time at our indoor shooting range.